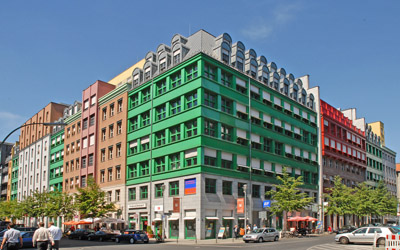 If you have been mulling over whether to visit Berlin or not, then this should seal your decision. The New York Times, in its list of ‘44 places to visit in 2009’ ranks Berlin at the number 4 spot!

The largest city in Germany and the second largest city in the European Union, Berlin is also the capital of Germany. But it was not always so. Berlin was divided into east and west Berlin after the Second World War. The former became the capital of East Germany, while West Berlin became a western enclave with a wall, famous as Berlin Wall around it. Today, Berlin is not only the political and cultural hub of the country, but is also well-known for its verve for life. The city is dotted with brilliant pieces of architecture, high quality art, and an infectious nightlife. Thanks to its historical significance, the city has become a favorite shooting spot for several international productions. It has a temperate climate, so it should be a good place to visit any time of the year.

The most distinct aspect of Berlin is its architecture, with the Brandenburg Gate being its iconic feature. Located in the west of the city center, the Brandenburg Gate is the only gate remaining in a series of gates used to formally enter the city. Its construction was commissioned by King Frederick William II of Prussia, and was completed in the year 1791. This colossal unit also appears on the German euro coins of denominations 10, 20 and 50 cents. Yet another architectural marvel of Berlin is the Reichstag Building. Also known as the seat of the German Parliament, the Reichstag has sustained severe damages in the Second World War. The building that stands today is a result of two renovations, once in 1950s and another in 1990s. The roof of the building is made of glass, which not only allows the German policy-makers a breathtaking view of the city, but also gives the people a chance to be privy to the parliamentary sessions.

The list of Berlin’s architectural feats is never-ending. Imposing classical styles and 60s Soviet-style buildings alike are being transformed into stylish hotel where visitors can really feel the city’s vibe. Tourists throng to sites such as the Gendarmenmarkt, the Berliner Dom, and the Potsdamer Platz. Also worth visiting is the Memorial to the Murdered Jews of Europe, dedicated to the victims of the Holocaust. While these sights are sure to occupy most of your time during the day, do not forget to get a taste of Berlin’s nightlife. This city boasts of having the most diverse and scintillating nightlife in all of Europe. You visit the countless pubs and discotheques in the city.

Berlin is also famous for its zoo. It will be a good idea to spend a day there with the kids. Established in 1844, this zoo has a very huge variety of birds and animals.