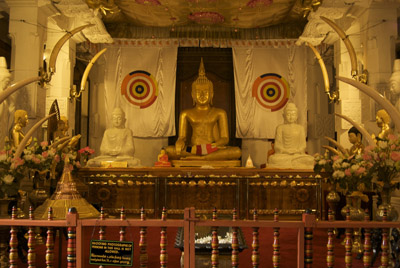 Kandy, or the city of Maha Nuvara, is a Sri Lankan city that is both scenic as well as a religious center for Buddhism in the country. The city was estimated to have been founded sometime in the 1300’s and was originally named Senkadagalapura.

The city became the capital of the last independent kingdom in the area after the Portuguese started their conquest of the place in 1592. This independence lasted for many centuries. From the 16th century until the 18th century, the city was successful in fending off Portuguese, Dutch, and British invasions.

In 1815, the ruling party of the kingdom signed a treaty recognizing the King of England as their king and allowed the place to become a protectorate of the British Empire. This is due mainly to the invasion of the British army that got into the city without resistance and took the reigning king prisoner together with all the heirs to the throne. This was to be the last king of the kingdom of Kandy.

As an important religious center for the Sinhalese, the city holds many precious historical items of great value to the history of both the city and religion of the Sinhalese. There are four UNESCO World Heritage Sites in the city, namely, the Palace of the tooth relic, the Royal Palace, the Lankatilaka Temple, and the Gadaladeniya Temple.

The Palace of the Tooth relic is the place that houses the Sinhalese great treasure, the Relic of the Tooth of Buddha. The place is also a great place of worship and pilgrimage for Buddhists around the world. The Royal palace was the last palace in the city to be built by the royal family. It now holds a museum that contains many artifacts important to the kingdom of Kandy and the British colonial rule.