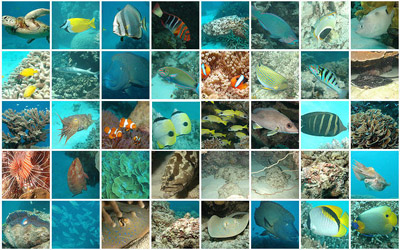 Photo by: Leonard Low, Creative Commons
► Part of the 7 Wonders of the Natural & Underwater World

The Great Barrier Reef of Australia is an extensive complex of islets, shoals and, of course, coral reefs. It is located off of Australia’s northeastern coastline in the Pacific Ocean. The Reef expands over 1,250 miles to the northwest-southeast, at about 10 to 100 miles offshore and is about 135,000 square miles in area. This wonder has been characterized as the biggest structure that living creatures have ever built.

There are actually 2,100 reefs and 800 fringing reefs around the Great Barrier Reef. All of the reefs, however, share a common origin. They have all been formed from the skeletal waste and skeletons of living marine organisms over the course of millions of years. The framework of the reef is formed from tiny creatures’ calcareous remains, which are known as hydro corals and coral polyps. Bryozoans and coralline algae are what hold it all together.

At the Great Barrier Reef, at least 300 different species of hard coral, worms, sponges, anemones, crabs, prawns, crayfish, lobsters, gastropods, and a wide variety of other fish and birds can be found. The crown-of-thorns-starfish is actually the reef’s most destructive animal, with population outbreaks responsible for up to 90% of coral destruction in some reefs.

The Porolithon and Lithothamnion red algae forms most of the characteristic features of the Great Barrier Reef, and Halimeda green algae can be found nearly everywhere. There is not as much plant life on the surface, with only 30 to 40 different species. 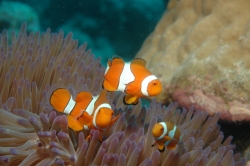 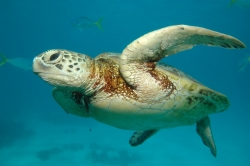 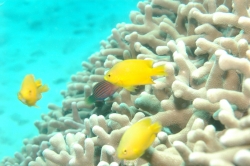 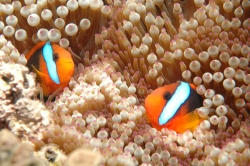 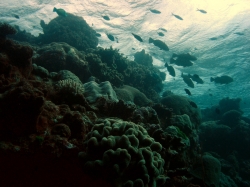 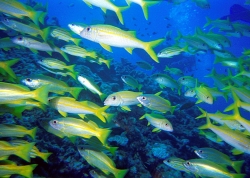 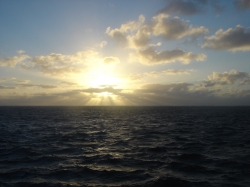 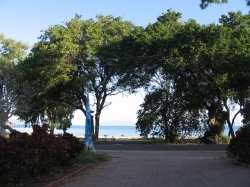 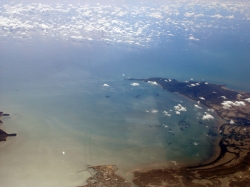 View of Great Barrier Reef Water from Boeing 737 on the Way to Cairns
Photo by: Shayan 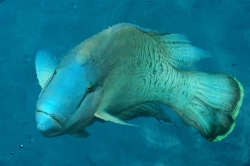 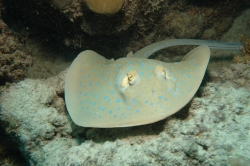 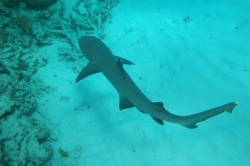 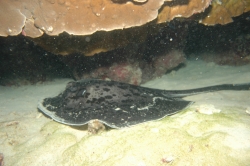 Sting Ray at the bottom of Great Barrier Reef
Photo by: Leonard Low 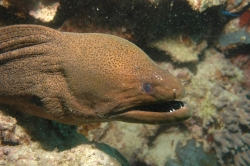 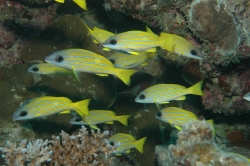 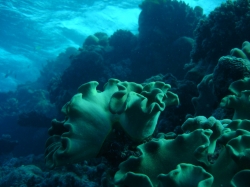 Taken at around 20m underwater... these weird corals were very funny to look at 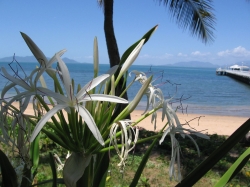 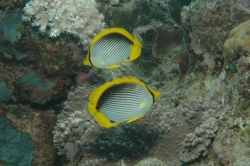 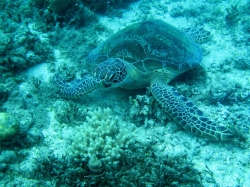 Sea Turtle Found at the Bottom of Great Barrier Reef
Photo by: Rumpleteaser 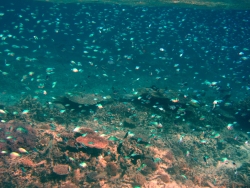 So Much Fish
Photo by: Ciamabue


7 Wonders of the Natural World

7 Wonders of the Underwater World