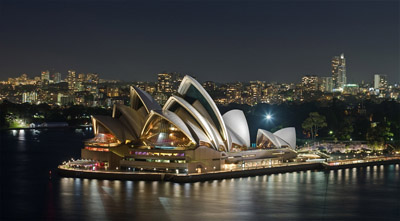 View of Sydney Opera House at night with lighting in Australia
Photo by: Diliff, Creative Commons

The Sydney Opera House in Sydney, Australia, is one of the world’s most distinct 20th century buildings. It is also one of the most famous performing art centers in the entire world. In 2007, it became a part of the UNESCO World Heritage Site.

The Sydney Opera House was designed by a Danish architect named Jorn Utzon. He was the winning entry in a competition that was held to find the best design. In 2003, nearly 50 years after construction began, Utzon received the Pritzker Prize, the highest honor given in the architectural industry. The prize included words like “masterpiece” and “iconic” to describe the building. The unique structure has now become one of the most recognizable symbols for the entire continent of Australia.

The iconic opera house is located in the Sydney Harbor, which is very close to the Sydney Bridge. It serves as a venue for several types of performing arts besides opera, including theater and piano recitals, among other arts. It has been the host building for major events like the Opera Australia, The Australian Ballet, the Sydney Theatre Company and the Sydney Symphony. It is currently maintained and opearted by the Sydney Opera House Trust.

The interior of Concert Hall, which is the home of Sydney Symphony with 2,679 seats
Photo by: Jason7825, Creative Commons 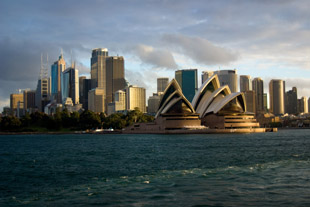 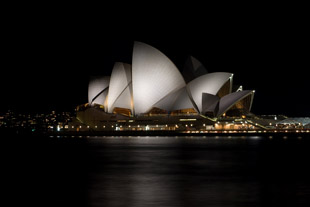