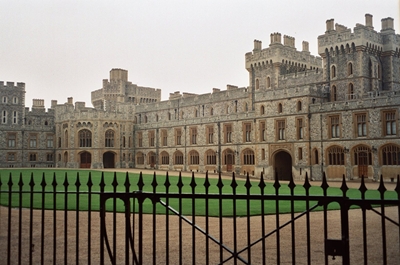 Windsor Castle is located in Berkshire England. It is the largest inhabited castle in the world from the time of William the Conqueror. The castle floor area is approximately 484,000 square feet and is approximately 44,965 in square meters. This Castle is recognized as one of the official homes or residences of the British monarch. Queen Elizabeth II is known to have spent many weekends of the year in Windsor castle. The castle is also used for both state and private use. Most of the Kings and Queens of England, Great Britain and Commonwealth realms have direct influence on the construction and evolution of the said castle. This castle serves as their garrison fortress, home, official palace and sometimes their prison. When the country has been at peace, it is said that the castle was expanded and was enhance but during the war, the said castle was fortified.

Inside the proximity of the castle is where you may find the so-called Home Park. This Home Park is comprised of parkland and two working farms. Within this property, you will find estate cottages. Employees mainly occupy these cottages. Frogmore estate is also found in the Home Park. Frogmore House and Garden are open to public for viewing on certain days of each year the remaining part of the Home Park is classified as “private,” meaning no visitors allowed.

In the Home Park located at the north of the castle stands a private swimming pool. Eton College is located approximately half mile north from the castle across River Thames.

Way back in 1660 the restoration of the castle begun. Prince Charles II did much work to restore and refurnish the castle from the damages that it has undergone during the civil war. During this time Versailles was being constructed in France.