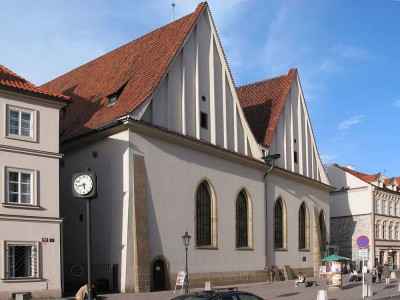 The Bethlehem Chapel is found in the city of Prague in the Czech Republic. It is a medieval building which is used for religious purposes. The structure is known for its notable connection with a reformer named Jan Hus. This building was originally founded in the 14th Century by Wenceslas Kriz and John of Milheim. The preaching was taught in the Czech vernacular, therefore making it one of the first places to break with German dominion. During the time, the Germans had a hold over the Medieval Bohemian Church in Czech Slovakia.

Jan Hus was the preacher and rector of the church. However, he was ex-communicated, forcing the Pope to order the destruction of the church. The community disagreed with this and did not want the church to be destroyed. The people decided that they will keep the building and still have Hus as a preacher. After his death, he was succeeded by a man named Jacob of Mies. In the 17th Century, the church was taken over by the Jesuits and during the reign of Emperor Joseph II it was used as an apartment building, which was in the late 1780’s.

Although the structure is referred to as a chapel, it can seat approximately 3,000 people at a time. The church was restored during the Czech communist regime. Much of the structure dates back to medieval times, including the exterior and some of the paintings by Hus. One of his paintings is called De sex erroribus, which is translated to “The six abuses.” The painting depicts the heresies of the Catholic Church. This is where Hus contrasted the poverty of Christ with the richness of the Catholic Church. Some of the pulpit left over from the medieval times is still present today.