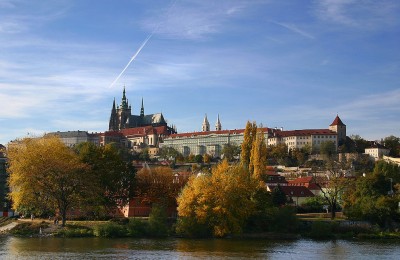 Listed as one of the largest castles in the world and officially the largest medieval castle complex found in Europe, the Prague castle is an architectural wonder that has been part of a rich history dating back from the ninth century.

The Prague castle has already been through several fires and wars so many parts have been renovated. Nevertheless, the castle grounds still hold the wonders that have been formed through centuries of development.

Attractions You Should Not Miss

The Prague Castle is rich in the variety of architectural styles which makes it a haven for architecture enthusiasts. From Bohemian, Romanesque, and even Gothic influences, different shrines and architectural structures grace the castle grounds.

“The Story of Prague Castle” is a long tour held for tourists that you should not miss. It portrays the exhibits of paintings about the history of Prague, its developments, and its influences in the arts and in different styles that are still being celebrated at the moment.

What You Should Know

You are allowed to bring cameras to take snapshots along the tour but you will be prohibited to use tripods and flash for your camera. You will not be allowed to take pictures inside the permanent exhibitions and inside the convents.

The castle is open on summer and winter seasons however some attractions might be closed on certain seasons. The deer moat, the castle gardens, and the riding school terrace are only open during summertime in Prague which spans from April to September. The winter season in Prague spans from October until March; the complex is open from six in the morning until eleven in the evening.

One thought on “Prague Castle”