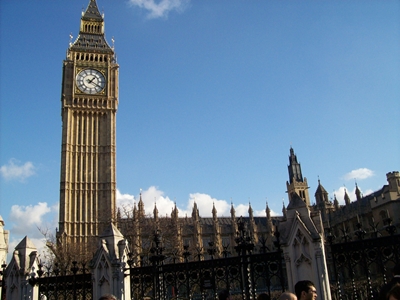 When one speaks of visiting London, Big Ben is a must-see. This four-faced freestanding clock is the third largest clock tower in the world. It recently celebrated its 150th anniversary last May.

It was in 1288 when the clock tower was established at Westminster. The Chief Justice of King’s Bench at that time, Ralph Hengham financed the construction of the tower using the money accumulated from the fine collected. When the old Palace of Westminster was destroyed by fire on that fateful night of October 1834, everything was destroyed. So the palace instructed their chief architect, Charles Barry to design the palace using Neo-gothic style as inspiration. Hand in hand with Augustus Pugin who designed the present 316-ft clock tower, the new palace was built.

It may be one of the most well-known tourist destinations in the world, but the insides of the tower remains unseen by the general public because of security reasons. However, at certain times, the press and other personalities are given right of entry.

The faces of each of the four clocks are placed in an iron frame, which measures 23 ft in diameter. It owes its stained-glass window look to the 312 pieces opal glass embedded on the face. At the bottom of each clock “Domine Salvam Fac Reginam Nostram Victoriam Primam” is written, which means, “O Lord, keep safe our Queen Victoria First.”

This famed clock tower has appeared numerous times in different TV shows as well as in movies. It was shown in Jackie Chan and Owen Wilson’s film, Shanghai Knights, in Doctor Who’s episode “Aliens of London,” Mars Attacks, The Avengers and even the animated film, The Great Mouse Detective used Big Ben in one of its scenes.