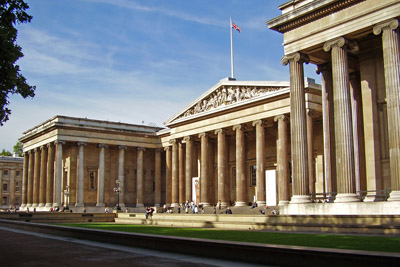 If you are planning to visit London, one of the most interesting places to see is the British Museum. This popular museum displays a wealth of British masterpieces which include some of the famous antiquities and documents that are related to the nation’s history. The four most common masterpieces that attract the world are the Rosetta Stone, Elgin Marbles, the Great Court and the Magna Carta (not a part of the museum anymore).

The Rosetta Stone is more than 2,200 years old and stands one meter high. It was discovered in the year 1799 and led the Hieroglyphics Decoder. The same message was written on the Rosetta Stone in three different languages.

The second most important tourist attraction is Elgin Marbles. All the ancient sculptures in Elgin Marbles were Greek. However, in the 19th century, Lord Elgin brought them to England. Many critics say that since these sculptures were originally Greek, it should be returned to Greece.

Another great attraction is the Great Court. This is a sizable court of Queen Elizabeth II and is a sight worth visiting. The court has a reading room, which is in the middle of the courtyard. It looks more like an old fashion library with high ceilings ad long tables. The court is now open for public viewing. These facts and more are what make the British Museum worth a visit.

Panorama view of the reading room within the British Museum in England
Photo by: Wikipedia, Creative Commons