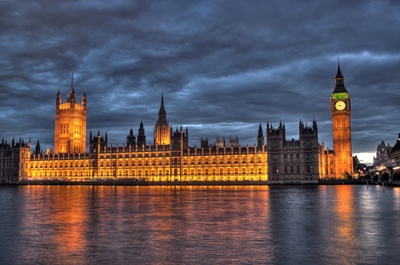 The Houses of Parliament, also known as the Palace of Westminster, is home of the British Government for over 900 years. This Gothic inspired collection of buildings covers approximately 8 acres of land and has 1100 rooms, 11 courtyards and 100 staircases. The House of Lords occupy the Southern wing and the House of Commons is located at the North wing.

The scheduled open hours for the House of Commons are from 2:30 pm – 7:30 pm during Mondays and Tuesdays. On Wednesdays it is from 11:30 am to 2:00 pm, Thursdays 11:30 am – 7:30 pm and 9:30 am- 3 pm during Fridays. The House of Commons on the other hand opens from 2:30 pm to 7:30 pm during Mondays thru Wednesdays, 3:00 pm to 7:30 pm on Thursdays and from 11:00 am to 7:30 pm on Fridays. This schedule is important to take note of, so you can plan which time is perfect for you to visit. For UK citizens who would want to attend the PMQ or Prime Minister’s Question Time held at the House of Commons, they need to get in touch with their local MP in advance to avoid the queue at St. Stephen’s entrance.

So if you want to revisit the past and the present of the British government, then the House of Parliament could provide you with answers to all your questions.

8 thoughts on “Houses of Parliament”